April 2020 ~ Working with The Law Society

At IPFGB, both Dick and Greg Smith are long-term members of the Association of British Investigators [ABI]. In fact, Dick has been on the Association’s Governing Council for some years and currently holds the position of Law Enforcement Liaison Officer.

The ABI works in partnership with The Law Society.  This arrangement enables the Association to support TLS and its 160,000 members, providing immediate access to the services of ABI members.

“As the leading professional body for private investigators working in the UK and beyond,” says TLS Marketing Manager, Clive Russell, “The Law Society recommends the ABI to their members to both provide a first-class service and protect against reputational damage. This arrangement helps the ABI to increase its brand awareness, get our messages across, and promotes ABI members as the go-to experts in the field. The ABI is the only association in this industry to be recognised by The Law Society of England and Wales, and included in the Law Society of Scotland’s approved Supplier Scheme.”

As the Covid-19 pandemic continues to spread around the globe, bringing much of it to a halt and causing thousands of deaths, cybercriminals are exploiting the chaos. Malevolent hackers, demonstrating a complete lack of ethical responsibility, are targeting individuals, preying on their fears. At the same time, health agencies have been bombarded with traffic to slow systems and even the World Health Organization, the centre of the response to the virus, has been attacked by a hacker gang known as DarkHotel.

The 2017 ransomware attacks on Windows XP users succeeded in shutting down hospitals. An attack against Brno University Hospital in the Czech Republic two weeks ago similarly disabled the IT systems. That was followed by a cyberattack against the US Health and Human Services Department. Damage was limited but represented another disturbing trend of coronavirus-related attacks.

Millions of workers are switching to remote working to slow the spread of the virus, but this has only created fresh opportunities for criminals to attack systems that may not be as well protected outside of an office environment.

The advice from IPFGB: use common sense before you click on that unknown link and don’t skimp on your security. Pay for the best available protection. No sailor when falling from a boat into the grimy sea ever says to himself “I am so glad I bought the cheapest life jacket.”

This was the phrase used this week by West Midlands Police and Crime Commissioner David Jamieson in describing the national policing response to investigating fraud. “Victims are being let down under the current system, which is slow, unresponsive and in need of an overhaul.” he admitted.

Experian has estimated the total cost to the UK economy close to £190 billion; dwarfing the figure reported to the police.

“Once more,” says Dick Smith, “it’s a tale of law enforcement failure! Just this month an individual has reported to us he was scammed out of an inheritance of more than £160,000 and the Police have simply broken the mechanism for dealing with it.”

Mr A, resident in rural southeast England, has been a hard worker throughout his life. He was keen that an inheritance he had received was wisely invested; a nest-egg for him and his family’s future. Last October, he accessed a reputable investment website and followed various links; sadly straying off-piste and finding himself dealing with a UK based brokerage ‘company’ offering ‘UK High Street Supermarket Best Interest Bonds’. He received an email from a representative. Everything about the company looked genuine; including a landline number and address in central Edinburgh. Of course, Mr A was communicating with a clone of an authentic brokerage, whose real address was just around the corner. A modicum of due diligence, including a ‘Whois’ check, might have alerted him to what he was falling for. Not once, but twice, he sent off vast sums, receiving in return worthless bonds.

“I was suffering from an illness at the time and, in retrospect, would probably not have fallen for this had I been up to par,” said Mr A. “But what really disappoints me is that, once I suspected there was a problem, the official barriers I came up against in trying to report the crime were unreal. My money had been transferred to a national bank; one branch in the Midlands and another in Yorkshire. I went firstly to a local branch of that bank. They refused to speak to me, other than saying I should contact the police. I went to my local police station and was told they were not allowed to deal with it. I had to contact the police in Scotland. I phoned Edinburgh Police who took my details. I then went to Action Fraud and completed the online forms. I heard nothing. Many weeks later, I tried them again. I was told that my first report had apparently failed, but a subsequent one resulted in a crime number. That is all I have ever heard from Action Fraud. It is as though the issuing of a crime number ticks the box. Finito! Two months after I had spoken to Edinburgh Police, they called me to say that the address I had been given was false.” That was it . . . the sum total of police action.

“I contacted IPFGB which specialises in fraud investigation,” continued Mr A. “Dick Smith told me he was already aware of this particular scam. The fake website had closed down and the likelihood of recovery two months after the event was highly unlikely. Furthermore, if the Police had acted promptly whilst the fraud was still operating and used their powers to lawfully obtain data in relation to the use of phones, emails and the physical address, then there might have been a chance.”

“Nevertheless, Dick immediately conducted enquiries and spoke to a fraud manager with the genuine insurance company with which the cloned brokerage was associated. “He confirmed this was a sophisticated fraud involving many victims and a huge amount of money,” added Dick. “It had naturally had a damaging effect on their company reputation, and they had been forced to redirect legitimate business via another location. Yet the only contact he had received from the police was from the local Edinburgh foot-patrol who had been tasked to visit the false address and who couldn’t quite comprehend that the fraudster was certainly using a false name and did not actually work for the genuine company!

Dick takes up the story . . . “Through a third party, Mr D was still in email contact with the fraudster and ostensibly set up a meeting with him in central Edinburgh the following day on the strength of introducing a new ‘investor’. Under the auspices of data protection, the police would only accept contact from the victim, not from a professional and experienced investigator engaged by him . . . how ridiculous is that? . . . thus, it was Mr A who notified them of the proposed meeting and the urgency required. Their response? He is still waiting, now some four weeks later! As was feared, Mr A has lost his inheritance.

“What’s more, last August the Scottish Police pulled out of the highly criticised Action Fraud system of reporting,” says Dick Smith. “So, on the strength of what happened to Mr A, there now appears to be no correlation between crimes in England and Wales committed by those purporting to be in Scotland or vice versa. Is that not taking devolution too far?

“There are tools available to law enforcement which would equip them to rapidly investigate these crimes, [were they to possess the skill and the will]. Unfortunately, data protection legislation protects the criminal and obstructs victims, together with those professionals to which the public is forced to turn for expertise.”

All this comes at a period when the media is regularly reporting on police failings. “Fraudsters in Britain operate with impunity because the police are not adequately equipped to investigate them,” The Times comments. “No force can cope with the rapidly increasing number of cases and they are regularly handed to ‘unskilled investigators.’ Millions of victims are being failed and police staff say they can no longer work effectively to identify criminals and help bring them to justice.”

“This [fraud] is an area of crime that has grown hugely in recent years. It is clear that policing needs to catch up with the criminals,” concluded the West Midlands PCC.

In 2010, Theresa May became Home Secretary and immediately set about ‘reforming’ the Police; a euphemism for the rapid reduction in front-line numbers. It had an instant and dramatic effect on how the Police in England & Wales responded to reports of crime. Officers at ground level began to believe the politically motivated media reports that they were over-stretched and unable to cope, so found they could simply refuse to accept and/or investigate a crime. Moreover, almost to prove a point, their senior officers gave them every backing.

So, it was no surprise that in 2012, when we delivered on a plate to two Police Forces and the National Crime Agency the man who was making a name for himself as ‘Britain’s Most Wanted Fraudster’, nothing was done!

A one-man crime-wave, Mark Acklom would continue to defraud individuals and companies around Europe of millions. When the British Police eventually got around to doing something, the seven-year investigation and subsequent extradition undoubtedly cost the British taxpayer more than a million.

Early in 2012, Dick Smith was called in by an architect to discreetly check out Acklom’s credentials. It took Dick just 36 hours to prove that Acklom was an international conman engaged in a series of frauds around the West Country and the architect was clearly the potential target of a scam. He was able to back off, thus saving his money. He agreed to the Police being warned. Deplorably as far as the other victims were concerned, however, the Police made the conscious decision to ignore the information; turning down the opportunity to capture Acklom who was then living locally . . . in luxury. As one senior officer said at the time, “As there is no reported crime to investigate, we are not permitted to proceed with it ~ so it may be he is wanted elsewhere but there’s not the resources to even establish that!”

Martin Brunt, Crime Correspondent at Sky News, has produced a documentary about Acklom, who is now serving five years 8 months imprisonment following his “deal” with the Crown Prosecution Service, which dropped 15 of the 20 charges against him in return for a guilty plea. Brunt quotes from Dick’s 31-page report [at 26 mins 30 secs]; the same report which was delivered to the Police at the very time Acklom was committing many of these offences.

The Sky News documentary may be seen here . . . Link

“The sad thing is,” laments Dick, “were these circumstances to occur again tomorrow, I’ll guarantee the Police would take the same action . . . that is, no action. There is no longer any mechanism for the public to report their suspicions concerning fraud. Only a victim may report an offence to Action Fraud.” 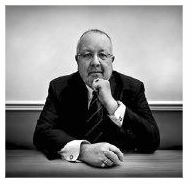